Fresh off the release of his third studio album Goodbye LA, Northern Kentucky native Jeremy Pinnell will perform at our Newport Branch this November as part of our Signature Series.

Our Newport Branch will close at 5 pm to prepare for the event.

Tickets will be mailed two weeks prior to the event. If requested after, tickets will be available at the desk on the evening of the performance. 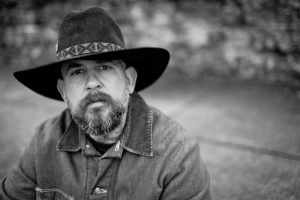 Jeremy Pinnell rounds out our 2021 Signature Series season with a concert at our Newport Branch. Classic country fans will find a lot to love in Pinnell’s voice: Rolling Stone has likened him to legends Johnny Cash and Buck Owens.

His debut album, OH/KY, released in the summer of 2015 to great acclaim, was hailed as a “mind-blowingly good” (KEXP) “tutorial on classic country music” (Popmatters). The crooner’s voice has been described as “honest and careworn.”

Ties of Blood and Affection, his sophomore album, saw Pinnell delve into new stories of acceptance and survival encountered in adulthood. His third studio record Goodbye LA was released on Oct. 1 via SofaBurn Records. Want to prep for the concert? Check out his albums in our collection!