Ready, set, action! Aspiring young filmmakers get a chance to learn and shine at our Movie Making Camp this June.

This summer’s Movie Making Camp at our Cold Spring Branch will allow teens and tweens (ages 11-19) to learn how to develop a script and use tools that are used to film and edit movies. Participants will work together to create three movies during the camp.

We will have a red carpet premiere on Friday, June 28, and the movies will be posted on our website. They will also air on CCTV, Campbell Media’s public station! The station is channel 186 on Spectrum and channel 811 on Cincinnati Bell.

The camp is free to attend, but registration is required. Participants must commit to all four sessions of the camp to get the full experience.

Opinions vary on how hard it is to comply with Campbell County Middle School’s dress code, but making a short film about the topic was easy for seventh grader Christina Pylyayeva. At least she made it seem that way. 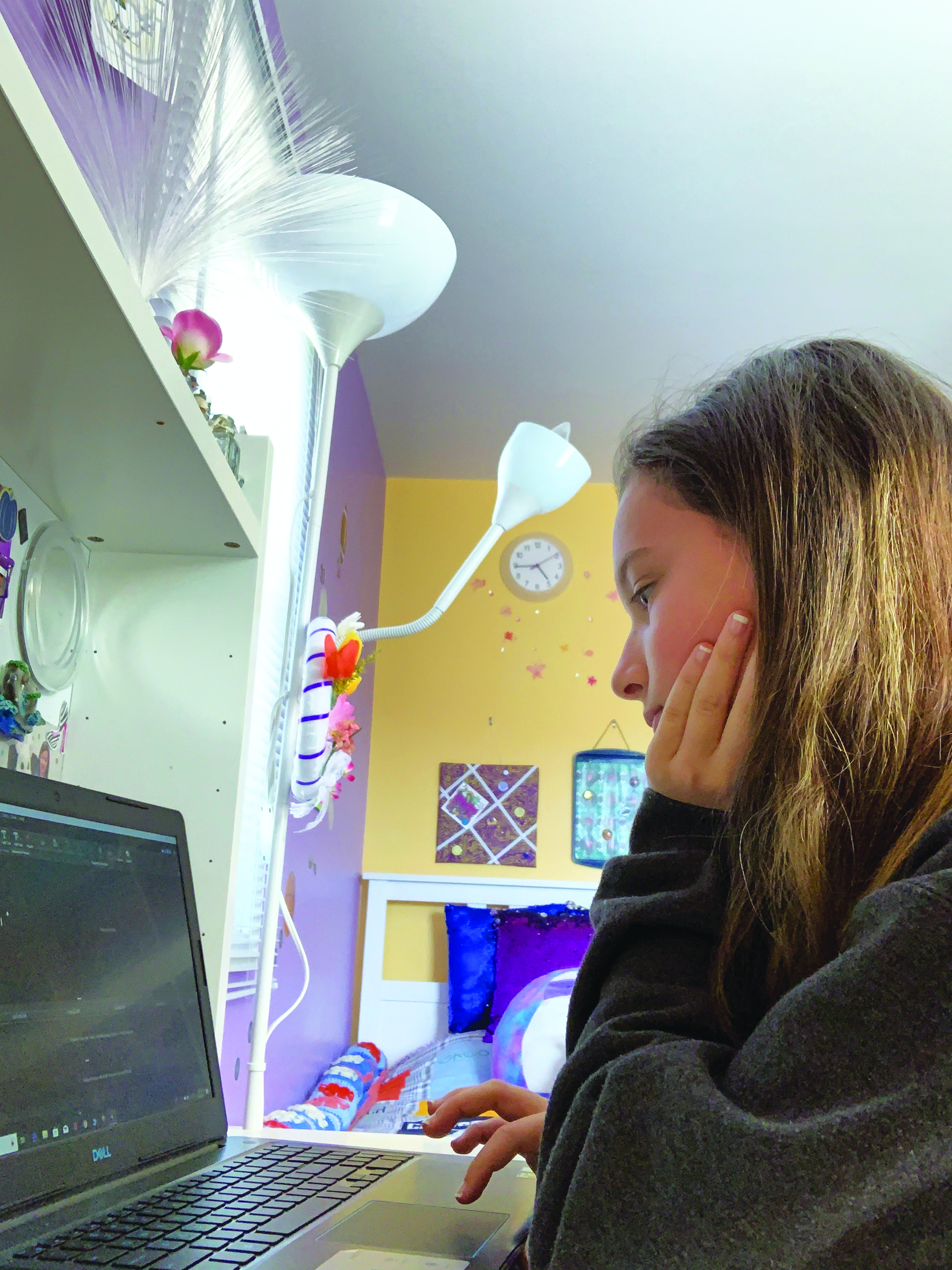 Christina edits a video on her laptop.

“I started with a script and then created a video using a green screen, my phone and a tripod,” she recalled. “Then, I transferred it to my computer and edited it.” The result: An all in good fun and “very exaggerated” spoof of the issue. You can view the video below.

Christina, 12, developed an interest in filmmaking gradually. She attended theater when she was little, then got interested in photography and photo editing. “I just sort of gradually got into the general art of editing,” she recalled. “Mostly it was just wondering how filmmakers do what they do because more happens backstage than on the set or stage.”

Her favorite filmmaker, of sorts, is Steven Levenson, who wrote the play “Dear Evan Hansen.” Even though it’s not (yet) a movie, Christina was moved by the script, “which is crucial to an amazing piece.”

Christina’s advice to her fellow young filmmakers? “I would say to try your best but don’t forget to have fun because that’s really why you’re doing it. Also, try different editing websites/apps. You never know what you could find to help you with your film.”