Meet Silas Gibson, the author of “Some Monsters Look Like This.”

Silas Gibson just self-published his book, “Some Monsters Look Like This,” available now in our collection. While this is a feat in and of itself, it becomes more impressive when you consider that Silas is in the first grade.

It all started when Silas’ mom Candace gave Silas (age 6) and his sister Emery (age 4) each a blank book to draw and write in.

“Before that, our house was pretty much littered with copy paper that they would draw on. I think we spent about $5 on the blank books at Michaels,” said John, Silas’ dad. 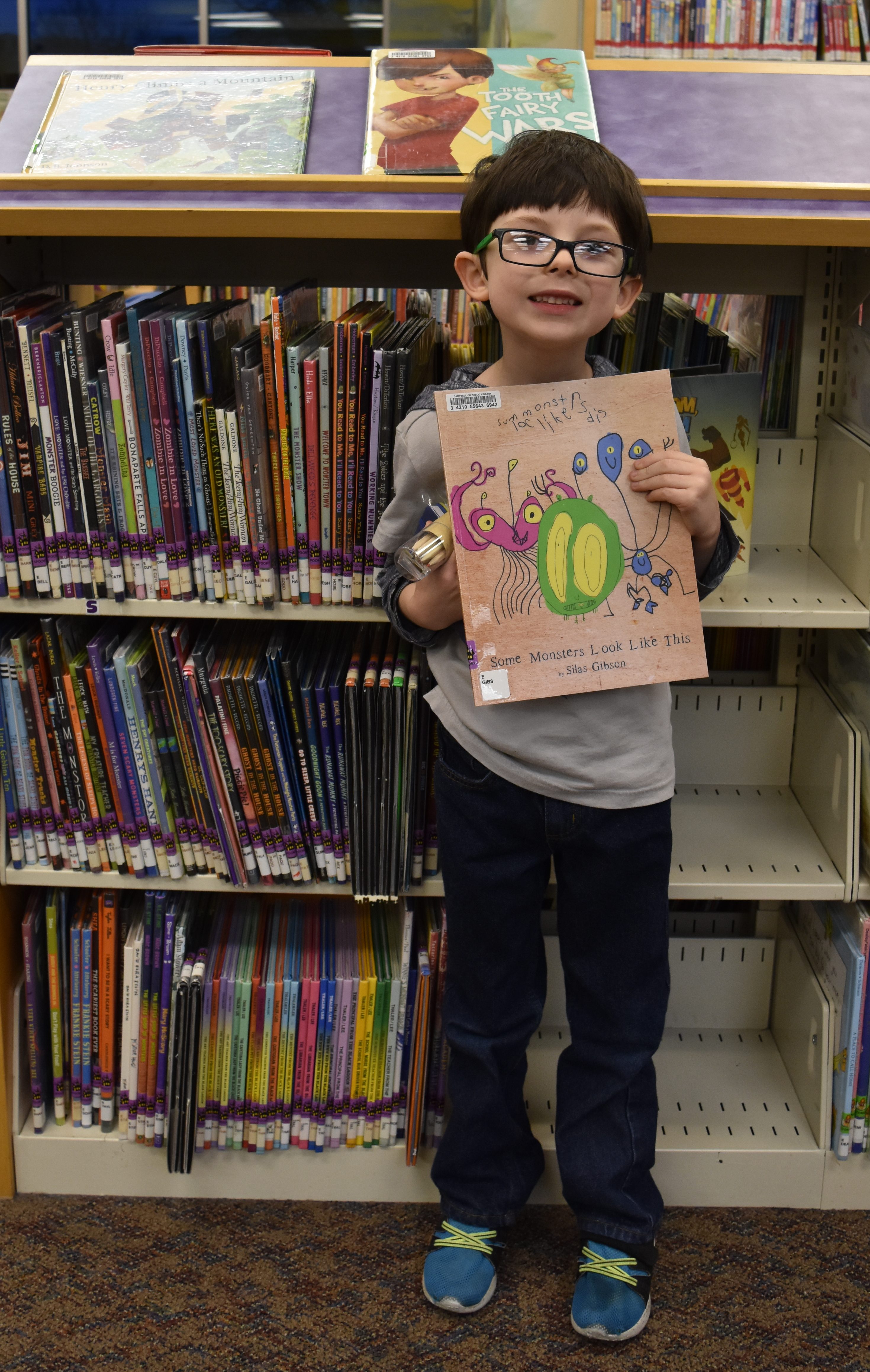 Silas with our copy of his book at our Newport Branch

Silas started writing “Some Monsters Look Like This” after receiving the gift. Like all authors, Silas had to put in the time to complete the book.

“I worked about an hour every day. I did it by myself. I wrote the words too,” said Silas.

Silas, a first-grader at Grandview Elementary in Bellevue, has always liked to read.

“We try to read every night,” said John. “He has even started reading to his sister.”

The idea for publishing the book came when John posted photos of Silas’ drawings on Facebook.

“Somebody on Facebook said something like, ‘These are really good. Get this kid a publisher!’ Then we thought, wait a minute. Maybe this is something we can do. So we started looking into self-publishing through Amazon,” said John.

Originally, Silas’ parents were only planning to give copies of the book to family and friends. Then they decided to order additional copies for the library and little libraries throughout Bellevue. 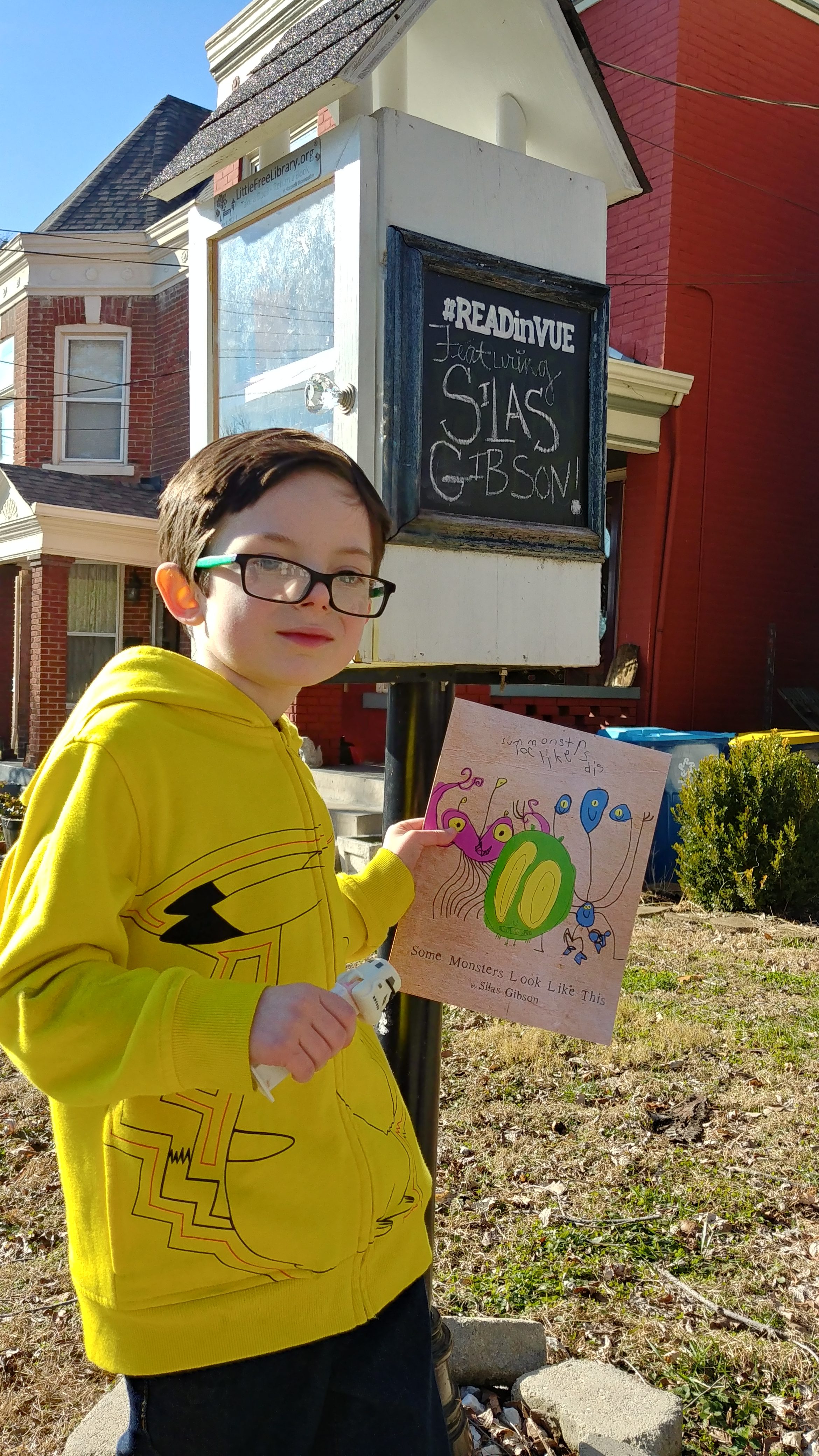 “We took about 6 or 7 copies to the little libraries. We tried to spread them throughout the city,” said John. “It is funny because later that day, after dropping the books off, people told us many of the books were already gone.”

A frequent visitor to our Newport Branch, Silas had his reasons for wanting to donate a copy to the library.

“I want people to read it, and I don’t have a lot of copies. I want to have one at the library so people can look at it and take it home,” said Silas.

The book is available for purchase on Amazon for $9.99. Money raised through sales will be used to fuel Silas and Emery’s creative side.

“We made it a point to tell them that it will only be used for art supplies. When we reach a certain point, we are going to take them to Michaels and let them buy whatever they want with the money,” said John.

Fans of the book might not have to wait long to see what’s next from Silas.

“I got another blank book for Christmas, and I am turning it into an alien book. I want to do one on zombies after that,” said Silas.

Place the book on hold