All library branches will be closed on Sunday, June 19 in honor of Juneteenth.

Each year, Juneteenth commemorates the day slavery ended in the United States. President Lincoln’s Emancipation Proclamation declared the end of slavery in 1863, but news of the executive order didn’t reach all American states until over two years after it was initially decreed. Due to its remote location and status in the confederacy at the time, Texas was the last state to abolish slavery. Union Army General Gordon Granger announced Lincoln’s Emancipation Proclamation to Texans on June 19, 1865.

Although Juneteenth was first celebrated in 1865, it would take over a century for the holiday to be nationally recognized in the United States. Many activist groups and political leaders would work tirelessly for decades for Juneteenth to become a federally sanctioned national holiday. On June 15, 2021, Juneteenth was officially declared a federal holiday after the United States Senate passed the Juneteenth National Independence Day Act and President Biden signed the order into effect.

You can join us in celebrating Juneteenth by reading books about the history of the holiday from our collection. 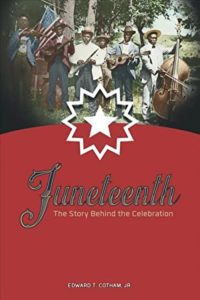 If you’re interested in taking a deep dive into the history of Juneteenth, Cotham’s ebook contains a scholarly approach to the subject matter. 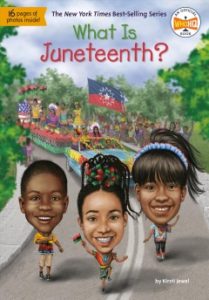 What Is Juneteenth by Kristi Jewel

Part of the popular children’s What Is book series, What is Juneteenth is perfect for educating kids on the history and importance of Juneteenth. 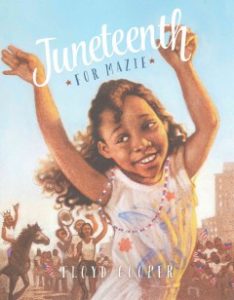 Juneteenth for Mazie by Cooper Floyd

Juneteenth for Mazie is a fiction picture book that follows Mazie as she learns about Juneteenth from her family’s stories and celebrates freedom. The book is also available in ebook and audiobook formats, including a read-along option for young readers. Mazie’s story was adapted for the screen, and you can check out the DVD from our collection. 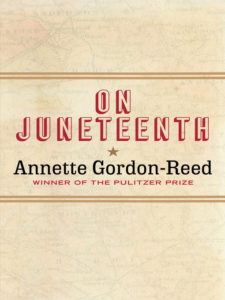 On Juneteenth by Annette Gordon-Reed

This New York Times bestselling book provides a comprehensive look at the history of Juneteenth. Available in ebook form, author and historian Annette Gordon-Reed examines the events surrounding the final emancipation of slaves in Texas through to the declaration of Juneteenth becoming a federal holiday. 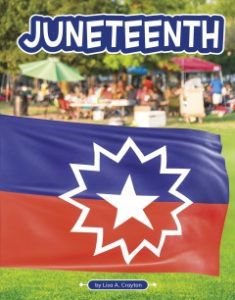 Juneteenth by Lisa A. Crayton

Lisa A. Crayton’s juvenile nonfiction book serves as a great resource for kids to learn about Juneteenth’s history. The book also showcases the many traditions and celebrations that occur throughout America each year in honor of the holiday.