Prepare for the Summer Olympics Without Breaking a Sweat

Catch up on Summer Olympics history.

After being postponed due to the pandemic, the Tokyo 2020 Olympics are officially commencing on July 23, 2021. The world’s best athletes will battle it out for medals until August 8, 2021. The following books feature the history and stories of the games as well as former and current Olympians.

Books About the Olympics 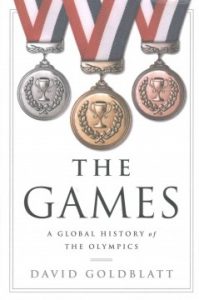 The Games: A Global History of the Olympics by David Goldblatt

Goldblatt breaks down the history of the modern Olympic Games beginning in 1896 Athens. This is the perfect read for any history buff interested in learning how the Games have evolved over the last century. 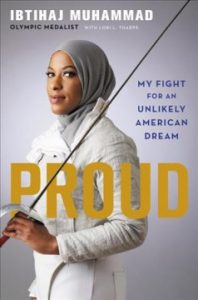 Proud: My Fight for an Unlikely American Dream by Ibtihaj Muhammad

Ibtihaj Muhammad is the first female African American Muslim to win a medal in the Olympics. Muhammad’s autobiography provides insight into her life as an Olympic fencer, and the journey that led her to the Olympic Games. 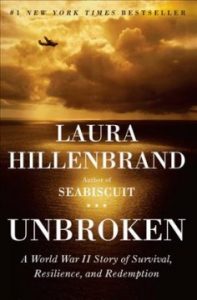 Unbroken provides readers with the powerful, true story of Lt. Louis Zamperini. After gaining notoriety as an Olympic track runner in the 1936 Berlin Olympic Games, Zamperini enlisted in the U.S. Air Force during WWII. His story is one of strength and survival. This book was adapted into a film directed by Angelina Jolie. 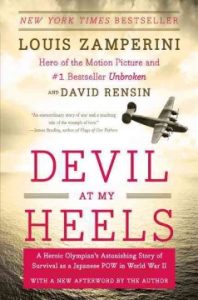 Devil at My Heels: A Heroic Olympian’s Astonishing Story of Survival as a Japanese POW in World War II by Louis Zamperini

If you’re a fan of the book or movie version of Unbroken, you won’t want to miss Devil at My Heels. This autobiography gives readers a deeper insight into the inspiring life of Louis Zamperini. 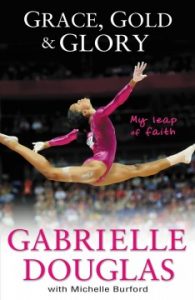 Grace, Gold, & Glory: My Leap of Faith by Gabrielle Douglas

At the 2012 London Olympics, Gabby flew into the Olympic history books by becoming the first African American gymnast to win the individual all-around gold medal. Her autobiography allows readers to experience life as a competitive gymnast, and the years of hard work and dedication that lead up to stepping onto the mat at the Olympics for the first time. 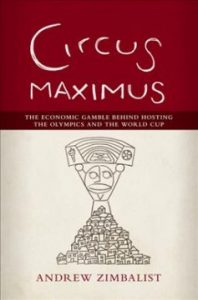 Circus Maximus: The Economic Gamble behind Hosting the Olympics and World Cup by Andrew Zimbalist

Zimbalist investigates the impact that major international sporting events have on the cities hosting events like the Olympics. 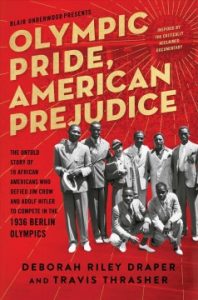 Olympic Pride, American Prejudice: The Untold Story of 18 African Americans Who Defied Jim Crow and Adolf Hitler to Compete in the 1936 Berlin Olympics by Deborah Riley Draper and Travis Thrasher

This book provides a powerful portrait of a turbulent moment in both American and world history. Olympic Pride, American Prejudice is a must-read for those looking to dive into the history of the Olympic Games while also gaining insight into the social and political issues of 1936. 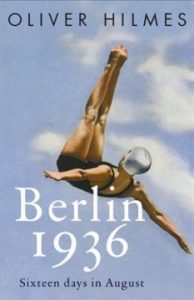 Hilmes relies on first-hand accounts of a variety of attendees and Berlin residents at the time of Olympic Games. This book gives readers a snapshot of Berlin life and culture during Nazi-era Germany, and how it influenced the 1936 Olympics. 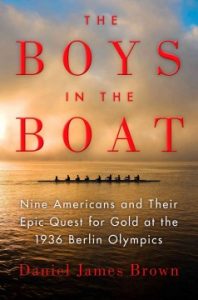 The Boys in the Boat: Nine Americans and Their Epic Quest for the Gold at the 1936 Berlin Olympics by Daniel James Brown

Another book that focuses on the 1936 Olympic Games in Berlin, The Boys in the Boat follows the American rowing team’s Olympic victory. Brown’s book has also been adapted for younger readers. 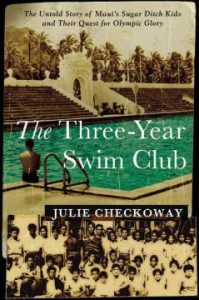 The Three-Year Swim Club: The Untold Story of Maui’s Sugar Ditch Kids and Their Quest for Olympic Glory by Julie Checkoway

In 1937, a Maui schoolteacher saw potential in a group of underprivileged Japanese-American children. The children then devoted their days to swimming in irrigation ditches since they didn’t have access to a pool. Three years later, they beat all the odds by becoming Olympic athletes. 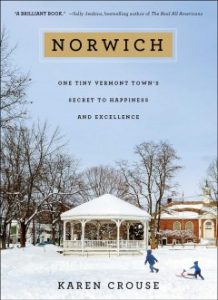 Norwich: One Tiny Vermont Town’s Secret to Happiness and Excellence by Karen Crouse

Have you ever wondered which city has produced the most Olympic athletes per capita? The answer is a small town in Vermont called Norwich. Crouse’s book immerses readers into the lives of the Norwich residents, and works to uncover the reasons behind the town’s impressive number of Olympians.