See how our patrons voted for Campbell County’s Favorite book of the year!

We asked on our social platforms what your favorite book that you read during 2020 was and narrowed it down to Campbell County’s top 10 books of the year! Now it’s your turn to vote. Let us know what you think the best book of 2020 is!

At the end of 2020, the voters decided that Where the Crawdads Sing by Delia Owens was their favorite book of the year! 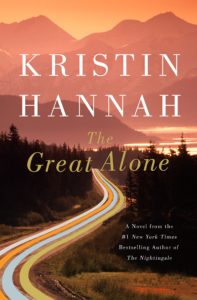 The Great Alone by Kristin Hannah

In 1974, a former Vietnam POW, suffering from flashbacks and nightmares, moves his family to Alaska to live off the grid in an attempt to find peace, restoration, and freedom. They will also face dangers, both internally and externally, as they face the ultimate test of the human spirit. 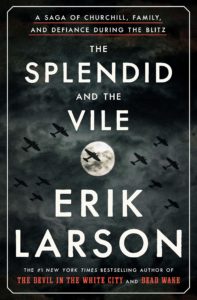 The Splendid and the Vile by Erik Larson

The Splendid and the Vile takes readers out of today’s political dysfunction and back to a time of true leadership, when, in the face of unrelenting horror, Churchill’s eloquence, courage and perseverance bound a country and a family together. 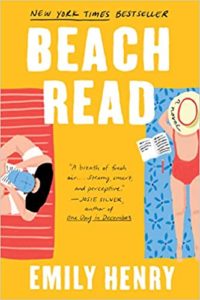 Augustus Everett is an acclaimed author of literary fiction. January Andrews writes bestselling romance. When she pens a happily ever after, he kills off his entire cast. They’re polar opposites. In fact, the only thing they have in common is that for the next three months, they’re living in neighboring beach houses, broke and bogged down with writer’s block. 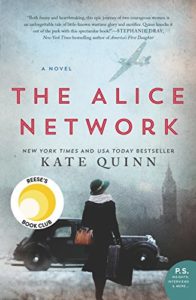 The Alice Network by Kate Quinn

In this enthralling novel from New York Times bestselling author Kate Quinn, two women—a female spy recruited to the real-life Alice Network in France during World War I and an unconventional American socialite searching for her cousin in 1947—are brought together in a mesmerizing story of courage and redemption. 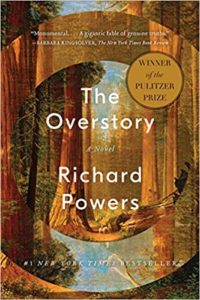 The Overstory by Richard Powers

The Overstory is a sweeping, impassioned work of activism and resistance that is also a stunning evocation of―and paean to―the natural world. From the roots to the crown and back to the seeds, Richard Powers’s twelfth novel unfolds in concentric rings of interlocking fables that range from antebellum New York to the late twentieth-century Timber Wars of the Pacific Northwest and beyond. 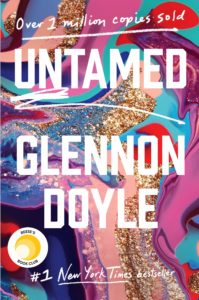 In her most revealing and powerful memoir yet, the activist, speaker, bestselling author and “patron saint of female empowerment” explores the joy and peace we discover when we stop striving to meet others’ expectations and start trusting the voice deep within us. 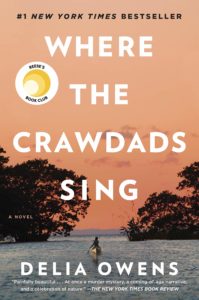 Where the Crawdads Sing by Delia Owens

Where the Crawdads Sing is at once an exquisite ode to the natural world, a heartbreaking coming-of-age story and a surprising tale of possible murder. Owens reminds us that we are forever shaped by the children we once were and that we are all subject to the beautiful and violent secrets that nature keeps. 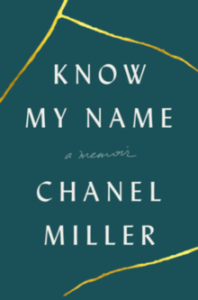 Know My Name by Chanel Miller

Know My Name will forever transform the way we think about sexual assault, challenging our beliefs about what is acceptable and speaking truth to the tumultuous reality of healing. Entwining pain, resilience and humor, this memoir will stand as a modern classic. 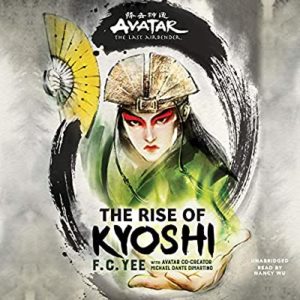 Avatar: The Rise of Kyoshi by F.C. Yee

F. C. Yee’s The Rise of Kyoshi delves into the story of Kyoshi, the Earth Kingdom–born Avatar. The longest-living Avatar in this beloved world’s history, Kyoshi established the brave and respected Kyoshi Warriors, but also founded the secretive Dai Li, which led to the corruption, decline and fall of her own nation. 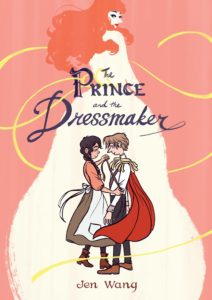 The Prince and the Dressmaker by Jen Wang

Prince Sebastian is looking for a bride―or rather, his parents are looking for one for him. Sebastian is too busy hiding his secret life from everyone. At night he puts on daring dresses and takes Paris by storm as the fabulous Lady Crystallia―the hottest fashion icon in the world capital of fashion!