The crooner Rudy Vallée’s soft, intimate, and sensual vocal delivery simultaneously captivated millions of adoring fans and drew harsh criticism from those threatened by his sensitive masculinity. Although Vallée and other crooners reflected the gender fluidity of late-1920s popular culture, their challenge to the Depression era’s more conservative masculine norms led cultural authorities to stigmatize them as gender and sexual deviants. In Real Men Don’t Sing Allison McCracken outlines crooning’s history from its origins in minstrelsy through its development as the microphone sound most associated with white recording artists, band singers, and radio stars. She charts early crooners’ rise and fall between 1925 and 1934, contrasting Rudy Vallée with Bing Crosby to demonstrate how attempts to contain crooners created and dictated standards of white masculinity for male singers. Unlike Vallée, Crosby survived the crooner backlash by adapting his voice and persona to adhere to white middle-class masculine norms. The effects of these norms are felt to this day, as critics continue to question the masculinity of youthful, romantic white male singers. Crooners, McCracken shows, not only were the first pop stars: their short-lived yet massive popularity fundamentally changed American culture. 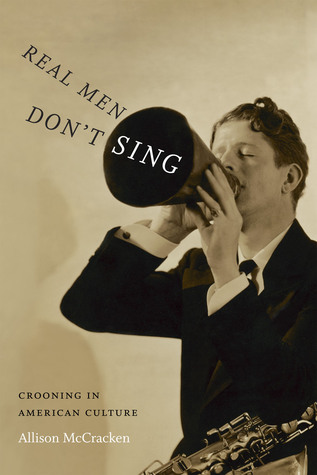