Held at the library’s Cold Spring Branch, Food for Thought, celebrating its 10-year anniversary, runs from January to May. The series is sponsored by City Barbeque of Highland Heights, which will provide sandwiches.

All programs are held on Tuesdays at 6:30 pm. Registration opens two months before each program. For those unable to attend, lectures will be recorded by Campbell Media and air on their website, app and TV the following Sunday and Wednesday at 4:30 PM on CCMC (Cincinnati Bell Ch. 810 and Spectrum Ch. 202). It is also available on the Campbell Media Website or the Campbell Media App on Apple TV and Roku. 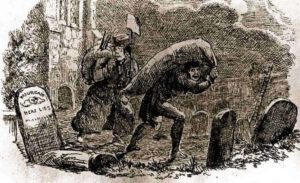 Your ancestors may not be where your family buried them. Learn about the history of body-snatching, or the act of removing corpses from graves, as told by Northern Kentucky University’s Dr. Brian Hackett, who leads the master’s degree in public history program.  Hackett will expand on ways to find out if your ancestors were victims of this unsavory local history.

Feb. 21: The Colonization of Distance with Dr. Jonathan Reynolds 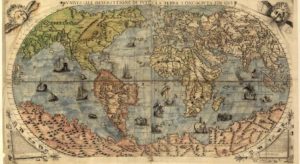 Dr. Jonathan Reynolds will discuss the period of technological transformations seen from about 1800 to the present that has helped dramatically shrink the distance between different points on the planet. This might mean you get across town in minutes or cross the ocean in less than a day. As these distances shrunk, some humans began implementing social and political systems like segregation and imperialism to create new forms of distance.

Reynolds refers to this as the “Colonization of Distance.” The end result? While the distance shrank for some, it became even more daunting for others. 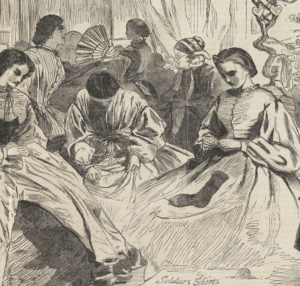 Learn how the Civil War shaped the lives of women in Kentucky on both the Union and Confederate sides. The discussion will talk about how women experienced the war and how they helped contribute to the war effort during these turbulent years. Dr. Andrea Watkins of the NKU History and Geography Department will lead the talk.

April 25: Art of the Renaissance with Dr. William Landon

Take in renaissance art from Donatello, Michelangelo and Botticelli, with Dr. William Landon. Their sculptures and paintings evoke the genius of the Renaissance. But careful study of their masterpieces reveals much more than beauty; it also reveals how various Florentine governments used art to convey messages to the public.

May 23: The Underground Railroad and the Power of Religion in Northern Kentucky with Dr. Eric Jackson 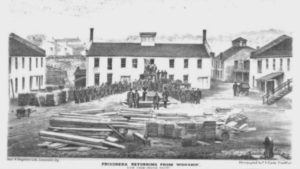 Religion has always played a powerful role in Underground Railroad activities. Dr. Eric Jackson will discuss how this was key to the Northern Kentucky region in great detail.

Tax-Aide’s IRS-certified volunteers will be returning to the Newport Branch beginning Tuesday, Feb. 7 to offer free tax preparation services. Tax-Aide will be available between 10 am and 2 pm on Tuesdays, Feb. 7 – April 11. Appointments are on a first-come, first-served basis. ... See MoreSee Less

Hey Cincinnati Bengals, thank you for a great season! Cam will be busy training in the off season in case you need a friendly library lion to join the roster. #WhoDey ... See MoreSee Less

We've teamed up with Dr. Melissa Gardner at Campbell County Middle School for the #ccmsreads book club, which meets monthly with local students. We're especially grateful to the Alexandria, KY Walmart (store 1961) for gifting us with the Walmart Community Grant. The grant provided funds for 10 copies of each book club title. ... See MoreSee Less

In honor of International Creativity Month, we're giving away a set of colored pencils and two coloring books. Comment with your favorite artist (from any medium) to be entered to win. The winner will be contacted on Monday, Jan. 30. ... See MoreSee Less

Van Gogh is my favorite

February is Library Lover's Month and there's a lot to love at the library this February. Find out all about upcoming programs in February's "Connections" newsletter. ... See MoreSee Less